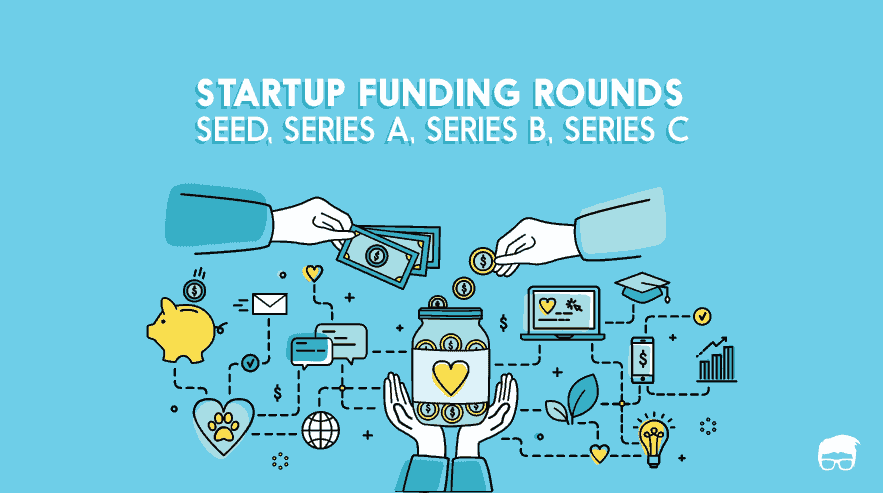 What Are Different Rounds of Funding?

The idea of getting capital is so attractive that countless entrepreneurs have made it a business. While the process can be complicated and demanding, the promise of easy money has motivated many to try it. This article will go over the different rounds of funding available for a startup. Listed below are the benefits and drawbacks of each round of funding. Ultimately, it will help you decide if a particular funding round is right for your company.

One of the major differences between seed funding and other rounds of funding is the type of company. Typically, seed funding is given to startups that are still in their infancy and do not yet have revenue. While this type of financing can be beneficial for a startup, it is typically more complicated and expensive. In addition, equity financing requires a business owner to file for a formal valuation and to issue new shares of stock. Often, entrepreneurs must hire a lawyer to assist them in completing the paperwork.

Unlike other funding rounds, seed funding typically takes place in less than one year. Venture capitalists prefer to make large investments in startups that can be realized in less than a year. This type of funding will be used to make a minimum viable product (MVP), or to create a sales platform. It will also help a startup understand its competition, identify a target customer base, and identify its unique selling points.

A seed round consists of a series of related investments made by 15 or less investors in a venture. The investments range in amount from $50,000 to $2 million, and they are typically used for initial market research and product development. Typically, investors will receive equity, convertible notes, or preferred stock options. If a startup has a product that is marketable, it will receive Series-A funding. These rounds are followed by Series-B funding, when operations begin to ramp up.

The largest rounds of Series B funding this year went to companies in the San Francisco Bay Area, New York, Boston, and Austin. These cities have long dominated this type of venture funding. In 2018, these cities pulled in 40 percent of all Series B funding, while only New York and Boston received sixteen percent of the total. The recent surge of investment in fintech has tempered the trend of big cities grabbing the majority of the funding, but the region is still an important source of investment for startups.

The Series B round is usually used to expand the company and the team. Companies need to hire top talent in a variety of positions in order to remain competitive in the industry. Founders are no longer expected to wear every hat. A typical Series B round can raise between $7 million and $10 million. By the time this type of funding is finished, the company has a valuation between $30 million and $60 million. This funding round is usually a pivotal stage of the startup’s growth, but it’s also the time to think about a long-term strategy for its success.

A company may need to go through the Series C round to continue growing. It’s important to remember that investors in this round are typically private equity firms, hedge funds, and investment banks, and they will typically invest in companies with a proven track record. Investors are looking for products that are marketable, have a high demand, or are differentiated from direct competitors. The investors are looking for a thriving business that can reach its goals, and are prepared to provide the necessary capital to keep it going.

Unlike earlier rounds, Series C funding is usually a large round. The total amount is usually between $30 million and $100 million. Series C startups are valued over $100 million and are generally looking to expand nationwide or internationally. The strategy for Series C funding is likely to be quite different from its predecessors. While earlier rounds may be led by angel investors, the company will need to fill out the rest of the round. Listed companies that have already received seed funding will probably be interested in participating.

Investors in Series C funding rounds are typically large, established secondary market groups, hedge funds, and private equity firms. Series C companies are expected to have a proven business model that has a track record of success. Investing in Series C companies is one of the best ways to ensure the continued growth of your business. Ultimately, the Series C funding round will ensure that your business is well established and growing, and you will have greater access to the money that it needs to thrive.

Venture capital firms and angel investors typically participate in Series A rounds. However, private equity firms can also participate in Series B rounds. Private equity firms typically invest in later-stage companies, or those that are on their way to IPO. If your startup has been around for a while, you may want to consider taking a series B funding round to grow your customer base and strengthen your business team. When the Series B funding rounds are finished, your business should be ready to move on to the next level.

A Series E funding round happens when a startup fails to meet growth expectations. The company may need more funds to stay active, or it may be unsure if going public is the right decision for the company. An Initial Public Offering, or IPO, is the process of making shares available to the public. This raises a tremendous amount of capital. However, few companies survive to reach this stage. These companies are usually too late to take advantage of Series E funding.

With the recent announcement of its Series E funding round, endpoint protection cybersecurity software company SentinelOne has raised $200 million from private equity firm Insight Partners. The investment brings the company’s valuation to $1.1 billion, raising the prospect of an IPO. However, because Insight Partners is typically holding a stake for several years, the runway to a public IPO may be long. On the other hand, SentinelOne is showing signs of building momentum in the endpoint protection and cybersecurity space, which are crucial for growth.

A startup can receive multiple rounds of funding to grow their business. Seed funding is easy to acquire if your business has a solid team and a good product concept. However, raising funds in the later stages of a company is primarily about math and sales skills. It’s important to remember that every round of funding is different, and the purpose is to exponentially increase your business’ turnover and user base. However, this type of funding should not be taken lightly.

The difference between the two rounds of funding is largely determined by the venture’s scope and the amount of capital raised. Most Series B funding scenarios raise between $10 million and $20 million. The company will likely have an increased valuation from Series A funding, and the investors will expect the company to scale. This means that the company will need to prove the value of their investment by meeting certain metrics, such as growth and burn rates, and demonstrating how well the product or service is performing in the industry.

A startup may need to obtain Series B funding if it’s already launched and has a proven business model. This type of funding offers less risk than Series A funding, and therefore attracts more investors. However, a startup may require Series C funding if it doesn’t have a clear market and a viable business model. If the business is successful enough, the next round will include a Series F funding round.

Series G and different rounds of funding are crucial for the development of a company. Although a startup can reach this stage without external funding, most do not. This is largely because the previous rounds of funding have diluted ownership and valuation. Furthermore, companies that reach this stage have not received enough funding to reach the next level. To understand series G funding and the benefits it can bring, it is essential to understand the stages in between the pre-seed and seed funding rounds. Pre-seed funding is the first stage of startup funding, and the funders are usually the company’s founders.

There are a variety of risks associated with early-stage investments. Early-stage companies are tempted to invest in similar ideas as their competitors. They are also tempted to believe their ideas will be successful only to find out later that the market is saturated with similar offerings. However, later-stage companies have a low risk profile and can attract investors. A Series G company can focus on acquiring a larger company, which can create good press opportunities.

After the development stage, companies in Series B typically focus on attracting quality talent, developing a strong customer support structure, and acquiring the latest technology. The goal of this funding is to make a break-even in the market or generate a net profit. In return, a startup can receive up to $100 million in this round. The best part is, companies will make noises about an IPO in the near future.