How Long Should Seed Funding Last

How Long Should Seed Funding Last 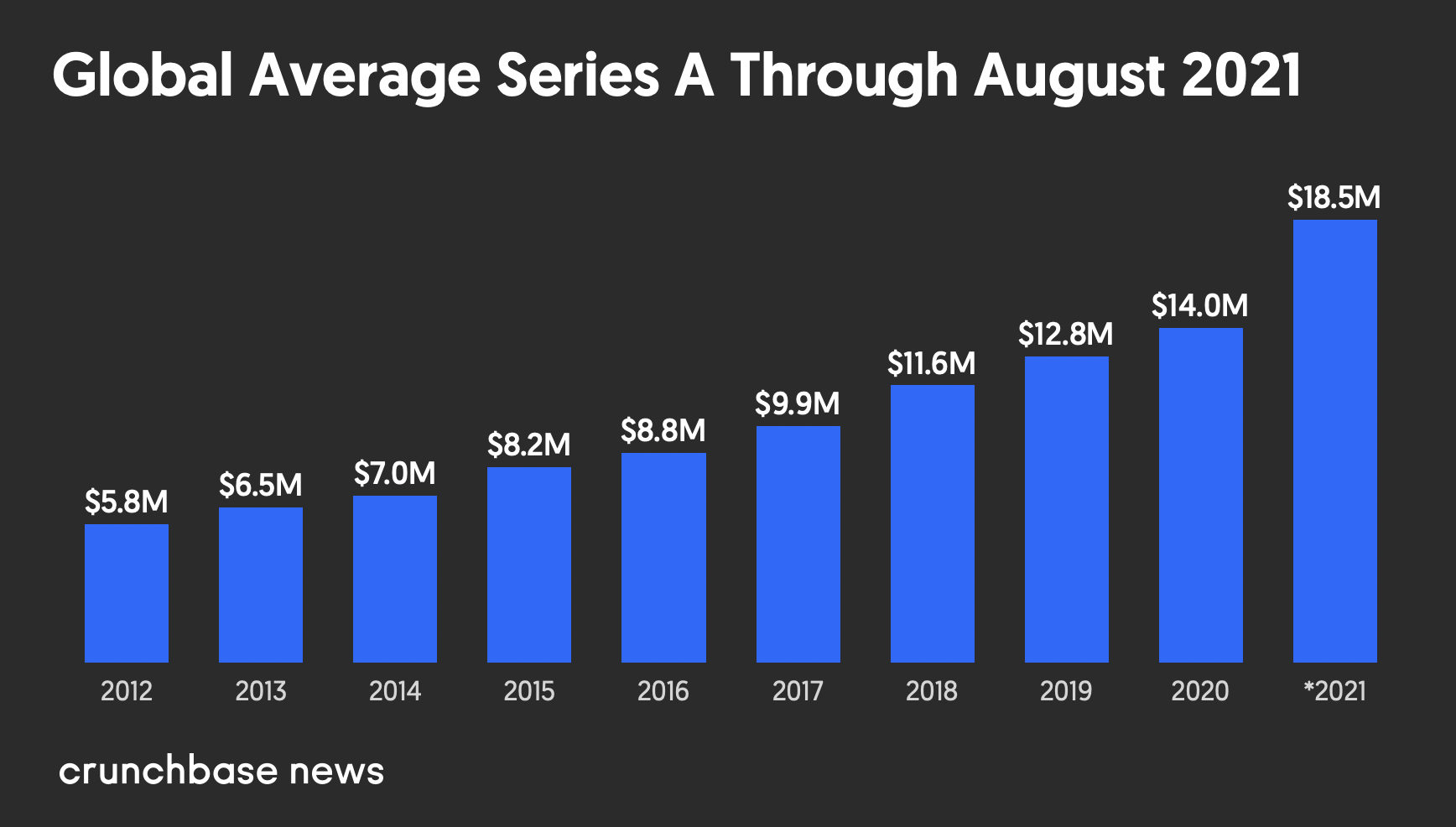 How Much Seed Funding Should You Expect?

If you are in the process of raising a seed round, you should prepare a financial projection and short demonstration of your product. Although it’s important to keep your vision for the future in mind, it’s also necessary to show investors how seed funding will set the stage for growth in the future. In this article, you will learn about the stages of seed funding, including Series A, B, and C. Lastly, you’ll learn the average amount of seed funding you can expect.

When does pre-seed funding end? The answer depends on the stage of your company. A pre-seed funding round typically lasts for six months to a year. Pre-seed funding is the first stage of an equity investment round, which is where you will start talking to experienced investors. This may include angel investors and venture capitalists. During this stage, you will need to demonstrate the viability of your idea and the market fit of your product.

A good rule of thumb is to allow for 18 months after obtaining pre-seed funding. This time frame is a reasonable benchmark because it gives investors an idea of how long the venture will take. However, if a company needs to extend beyond this timeframe, this is generally due to too ambitious milestones. As long as the company is ready to work with its new investors, it should be able to complete its pre-seed round within 18 months.

The amount of pre-seed funding should be proportional to the startup’s needs. Typically, early raises range from a few hundred thousand dollars to two million dollars. Most first-rounds, however, cluster around six hundred thousand dollars. Seed funding is the initial phase of a company’s development and should be limited to startups with a strong business plan and market opportunity. This type of funding is vital for the growth of a business and the development of a strong brand.

Ultimately, seed and pre-seed funding are two different stages of funding. Pre-seed funds are primarily raised by family members or small-time investors. They are meant to be the first official funding round for a startup that has a clear market need. Seed funding will require a company to have demonstrated market-fit before investors step in. This type of funding is not a replacement for seed funding.

Pre-seed funding is a relatively new concept in the startup investment industry, but it is becoming a popular tool for entrepreneurs in the early stages. With the right strategy and management team, pre-seed funding can speed up the development process and help the startup reach its growth goals. When pre-seed funding is too much, it may hinder the growth of a company and its potential. That is why it is imperative to understand how much you can realistically scale your company.

During the early stages, a startup can raise as little as a few hundred thousand dollars. The first round, however, typically clusters around six hundred thousand. The seed stage is a good time to start raising money for your company, and the interest in seed funding has grown in recent years. Here’s how to determine if you’re ready to raise a seed round. The amount of money you need for your company depends on several factors, including the success of your business plan and the feasibility of the business.

In a recent report by CB Insights, 46 percent of seed-funded companies raised another round. These figures are not representative of the success rate, however, and some companies don’t survive beyond the seed round. Venture capital firms, angel investors, and family offices are the typical sources of Series A funding. The amount of equity offered depends on the type of startup you have, but it’s usually some form of equity (ordinary shares, redeemable shares, and preference shares). Other investors are looking for a company’s key performance indicators, which can include revenues, number of customers, and repeated purchases.

The amount of pre-sales is critical. A $1M seed round would be enough for a hardware startup to raise a Series A. However, hardware investors now require pre-sales in the millions of dollars. The longer the runway is, the better it is for a startup to build on its initial data. Ideally, the company will have 18 to 24 months of runway after Series Seed funding. This gives the startup the best chance to raise follow-on capital.

In the early stages of a startup, Series A funding should be used to develop the product, reach new markets, and increase revenues. While some startups may never reach the series C stage, they should already have a customer base and a consistent revenue stream. Using Series A funding for this purpose is an excellent way to get the company off the ground. In the long run, the company should have a clear growth plan, scalable products, and a sustainable revenue model.

Typically, companies seeking series C funding will want to use the proceeds to expand operations and enter new markets. Venture capital funds are often the first investors to make a Series C investment. These investors may have some battles with management during the fundraising process. Many investors, however, are more than financial backers with strategic directives. They focus on expanding the company’s market presence and financial efficiency. For these reasons, many companies are attracted to Series C funding.

Unlike earlier rounds, the Series C round tends to include a larger group of investors. The investment bank is likely to be more willing to participate in a company at this stage. This means that the startup can expect to receive additional capital from these investors, but they will also be more willing to give the business a longer timeline for its growth. Furthermore, most investors are comfortable investing in companies that have demonstrated a strong track record and a stable business plan.

In a series C round, investors are given preferential shares, or shares of stock. These shares are convertible, meaning that holders can convert them at a later time. Most companies seeking series C funding are not startups. Rather, they are well-established and profitable with a large customer base that’s drawn to their core products and services. As a result, the valuation of the Series C round is typically the same as that of the prior round.

While securing an initial seed round isn’t a defining characteristic of a SaaS startup, securing investment is important for fast growth. Without the extra cash, it can take four years for a company to grow. This is a crucial stage in the growth process, but it’s worth it if it makes it to the next round. And, remember: Series A funding is the stage in which most companies achieve their first million customers.

The amount of money that a business should be able to raise from the Series A round depends on the size of its company. Thousands of dollars may be enough for a product launch, while hundreds of millions of dollars might be required for expansion. Moreover, series B funding is aimed at sustaining growth through own revenues. It is important to understand that, for a startup to reach this stage, it’s vital that it raise at least $100 million from investors during the Series A round.

Despite its recent rise, the average amount of seed funding for startups remains low. In 2015, seed investments made up just a fifth of all venture funding, and by 2019 that number increased to nearly half. This is not surprising given the growing number of startups seeking venture funding, as well as the fact that the average seed round in 2019 is expected to reach $3.9 million. But what makes this round so special? It’s the amount of money that entrepreneurs are expected to receive.

Typically, a startup company seeking seed funding is in the early stages. Pre-seed funding comes from family members, angel investors, incubators, and friends. It helps the startup validate its concept and attract early adopters. Seed funding typically requires that founders take between ten and twenty percent equity in the company. However, many seed funding rounds have their own requirements. Some companies require a minimum viable product or service, and others do not.

Seed funding rounds vary widely in size, so the amount you receive will depend on the stage of your company’s development. In some cases, seed funds will be used for day-to-day operations. However, if you don’t have an MVP yet, pre-seed funding is an excellent option. Moreover, even if your business does not have a clear revenue stream yet, it needs talent. Early-stage startups require a strong core team of domain experts and deep pockets to hire the best workers.

Seed funding typically ranges from $2 to $10 million. Although it is important to remember that a company’s valuation should be reasonable, aiming for a valuation above $10 million is not necessarily a good idea. A high valuation doesn’t necessarily indicate a startup’s likelihood of success. In other words, the goal should be to raise enough money to reach the next fundable milestone. The amount of seed funding that a startup can raise is dependent on the stage of development, the number of employees, and other factors.

For a successful startup, seed funding usually translates to about $500,000 to $2 million, though it can be higher or lower depending on the company. The average seed round valuation is between $3 million and $6 million. A successful startup can raise a Series A round after the seed funding rounds, and that figure is largely based on the value of the startup. Then, when the startup has developed traction, it can raise a series A round to get it to the next stage.